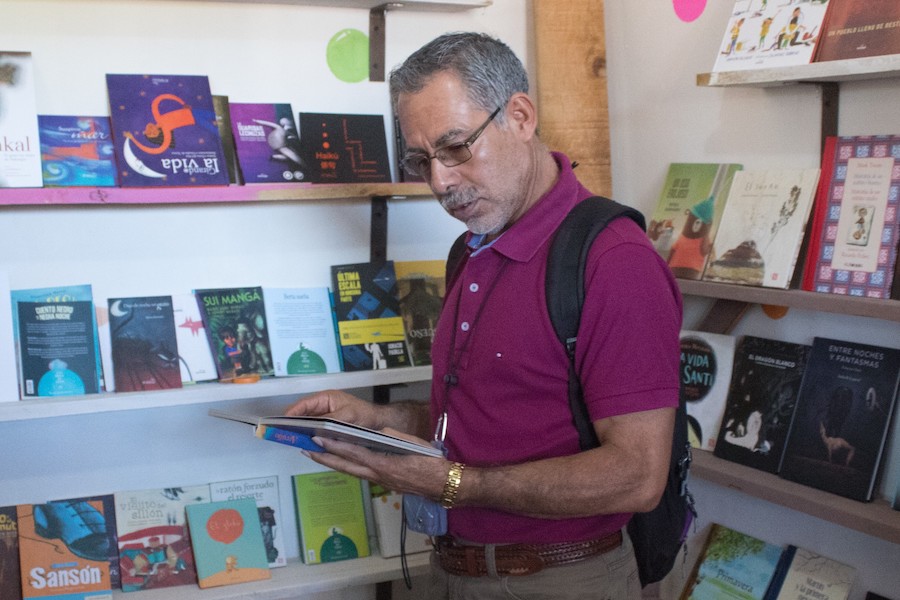 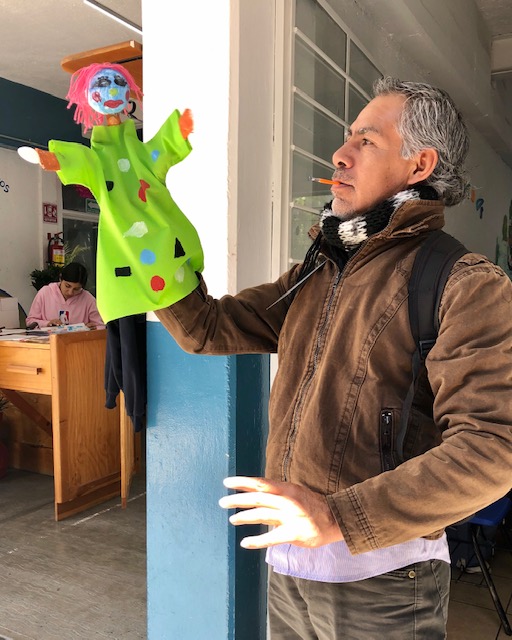 CANFRO makes it possible for Canadians to receive charitable tax receipts for any donation to the Book Project. Donations may be made in cash while in Oaxaca or through this site.

It was 2001 and the first boxes of books had just arrived at the primary school in Zaachila, where José Ramirez Mora was director. “We could see and hold in our hands beautiful new books, see the first pictures, filled with colour, read the first words, the titles, the textures, the sizes…” For students and teachers alike, it was a joyful and memorable moment.

The arrival of the boxes had been preceded by a visit from Libros para Pueblos founders Tom Dunham and Jim Breedlove. During their visit, they wanted to know about the school and its resources. “They asked me questions like, how many students are in the school? Are there books for the students besides textbooks? And, would you, as director, like to have a library with lots of books for the students?”

His answer? “¡Si, claro! Of course! But how can that happen?” Another visit followed, this time including parents, explaining the proposal to create a library at the school. It was among the first libraries established by LpP. The students proposed names, and the winner was “El Mundo del Saber,” “The World of Knowledge.” “From then until the day I stopped working there,” Mora says, “I always remembered with enormous pleasure the people who came to know the library, from the first visits of Tom and Jim, and all the other donors and sponsors who came to visit the library, and to read and chat with the children.”

José’s connection to this library runs deep. In fact, Zaachila is his hometown, and where he first learned to love the stories his grandfather told him while he tended goats. Later, and much to his surprise, a teacher showed him a book containing some of the same stories he had first heard from his grandfather. This encounter sparked a love of reading that led to him becoming a teacher himself, working at the primary level in Oaxaca state for 30 years. In 1996 he became principal of the primary school in Colonia Zapoteca in Zaachila. Since 2015 he has been one of the LpP Regional Coordinators in the Central Valley region. He believes in “the pleasure and usefulness of reading,” as he puts it, for its power to open new possibilities for young readers, and to inspire them to keep their own history alive.